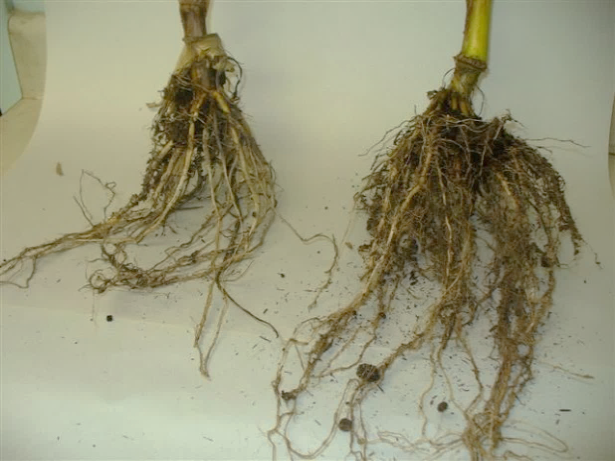 Nitrogen fertilizers work by reintroducing nitrogen to soils that have been depleted by farming activities. Why does this matter to the grower? Simple… Nitrogen is essential for the growth, development and seed production of plants. Plants use it to form structural, genetic and metabolic compounds based on amino acids. Nitrogen is also a vital component in the production of chlorophyll, which is used by the plant for photosynthesis. It also aids plants in the transportation of energy and the development of DNA.

Nitrogen deficiency affects plants worldwide, making it one of the most common nutritional problems for farmers and gardeners. Lack of nitrogen means underdeveloped, malnourished, sickly crops, an outcome growers cannot afford. Nitrogen fertilizers are popular because they offer growers an easy to obtain, simple to use solution to the immediate problem of nitrogen deprivation in soils. Unfortunately, like all chemical fertilizers, nitrogen fertilizers have their problems…..

Even if chemical fertilizers were not so expensive to the grower (and they are), their positive benefits are often offset by detrimental effects associated with their use. Over application is a common problem, often resulting in the very opposite result growers are trying to obtain. Burned, unproductive soil resulting from over application of nitrogen fertilizer is frustrating and costly to growers. Excess nitrogen not absorbed by the plants has been shown to leech into waterways. High levels of nitrogen in the water can create algal blooms, creating an imbalance in the ecosystem, to the detriment of other aquatic species. Exposure to chemical fertilizers can also cause human health problems.

What Are Fertilizer Boosters?

Fertilizer boosters, like BioWash, are designed to correct the problem of overuse of chemical fertilizers by making the roots of plants more receptive to the nutrients and moisture that exist in the soil naturally. This helps fertilizers be more efficiently delivered to the plant and therefore can reduce the amount of fertilizer needed to do the job. Less fertilizer = less cost to the grower and less impact on the environment and people.

How BioWash Helps You

Using a proprietary blend of processed extracts from natural plants (phyto-chemicals) such as coconuts, corn, grain, grass, potatoes, rice, soy, sugar cane, trees plus minute amounts of bio-based wetting agents, the developer of BioWash has found a way to stimulate the electromagnetic exchange between roots and the nutrient ions of the soil. This process is called Cationic Exchange (CEC). CEC increases the root size of plants, allowing greater absorption of nutrients.

The way BioWash boosts the effectiveness of nitrogen fertilizers is by improving the efficiency by which the roots deliver the fertilizer’s nutrients to the plant. Soy growers in Kansas and Missouri observed their BioWashed soy plants produced triple the normal number of nitrogen pods and double the amount of soy beans. An additional positive side benefit of BioWash is its ability to help increase BRIX (sugar content) of plants, enhancing the photosynthesis effect of the sun’s rays and reducing insect damage.